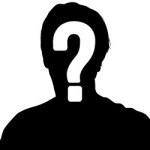 Do you think that James understood the gospel of grace that Paul preached? In a recent series I argued that the Epistle of James may be the most misunderstood book in the New Testament. Indeed, some of the scriptures (e.g., James 2:24), seem to preach salvation by works in apparent conflict with the gospel of grace. But if you read his letter through the lens of the cross, all becomes clear: James was a preacher of grace.

Since that series, however, several readers have written to me to ask about Acts 15 and Acts 21. Stories in these chapters seem to suggest that James did not understand grace well at all. In Acts 15 James seems to put law on the Gentiles by telling them to do stuff, while in Acts 21 James seems concerned that Paul is telling foreign Jews to turn away from the law. Unfortunately, there isn’t much written about James in the Bible, so it’s not hard to draw some very different conclusions about James. Here are three:

(1)    James never grasped grace – at best he was preaching mixture
(2)    James didn’t understand grace initially – he speaks and writes as one on a journey
(3)    James understood grace as well as Paul, but he wrote for a different audience (Jews, not Gentiles)

Why is this important?

Your opinion of James matters a great deal because James wrote part of the Bible. How you view James will inevitably affect how you view God’s word. For instance, if you think that James never understood grace (conclusion number 1 above), it will lead you to reject either grace or James. Neither is a good outcome! If you subscribe to conclusion number 2, you may dismiss his epistle as elementary teaching. You may think, “it’s not for me, I know better.” Maybe you do, but you’re skating on thin ice any time you start second-guessing God’s word. However, if you think James understood grace, as I do, you will heed what he says and be blessed.

As Christians are utterly divided on their view of James, allow me to address these different positions a little more closely.

If it’s not grace it must be works. If you think James preaches works and this leads you to do stuff to make yourself righteous, then you have set aside grace and made the cross of no effect. The choice seems to be James or Jesus. Martin Luther wasn’t having any of that so he decided to cut James’s epistle right out of his Bible. Problem solved! But it’s never a good idea to reach for the scissors any time you read something you don’t understand.

My strong view is that James did not preach salvation by works any more than Paul did, at least not works as some define the term. When James writes about works he provides clear examples of the types of work he has in mind. When he says “faith without works is dead” (2:20), he refers to the works of Abraham in the very next verse. It is likely that James was thinking of a conversation Jesus had with the Pharisees in John 8. In that passage Jesus clearly distinguishes the works of Abraham from the religious works of the self-righteous Pharisees. Then when James says “a person is justified by works and not faith alone” (Jas 2:24), he refers to the works of Rahab. The point is this: If we define works differently from James, we may miss his meaning and miss grace.

This seems to be the view of many scholars and some of my readers. They dismiss his epistle as elementary teaching or primitive Christianity. Was James contradicting Paul? No, they say, for he wrote his letter before Paul had written anything. James, bless his soul, was well-meaning but ignorant. Nice save, but there’s just one problem – we don’t know for sure when James wrote his epistle.

But while we don’t know when James wrote his epistle, we do have much more certainty about the timing of Acts 15 and 21. Take a look at James’ words in these two chapters and you might see a man who is little confused about the law. (I don’t see that, but you might.) In Acts 15 James writes to the Gentiles telling them to keep three requirements (abstain from idol food, blood and sexual immorality). Then in Acts 21, he tells Paul to get down to the temple, shave his head, make an offering, and act all legalistic so the local Jews will know there’s no truth to the rumor that Paul has been turning people away from Moses. I will take a closer look at both of these stories in Part 3 and Part 4 of this study.

Last year we looked for grace in the epistle from James. In this series, I want to look at James the man and ask, did James understand the gospel of grace? We don’t have much to go on, but be open to the possibility that James has been badly misjudged, that he’s no more an apostle of works than Paul was, and that he certainly wasn’t the primitive Christian that some have dismissed.

In my next post I will give you six compelling reasons from scripture supporting my view that James did indeed understand the gospel of God’s grace. Stay tuned – it’s going to be good!

10 Comments on James – The Misunderstood Apostle