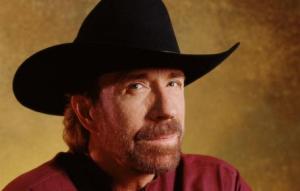 This is one of my favorite quotes because it provides a great excuse for my bad behaviour. Whenever my wife complains I’m being unreasonable I just explain “that’s because I’m changing the world!”

The kingdom of God is made up of non-conformist, revolutionaries who have a holy discontent with the way things are and who refuse to sit on their couches munching potato chips while the rest of the world goes to hell.

As always, Jesus is our Role Model. He left the comforts of heaven to involve himself in the affairs of men. He stood up to religious formalism and railed against belief systems that kept men in bondage. He did not accept the status quo but sought to bring about change within the hearts of others. He opposed relativism and preached absolute truth. He was utterly single-minded – it was his way or the high way. And the religious elites hated him for it. They said he was being unreasonable.

In many churches you will find two kinds of people: religious-types who have adapted to the culture of the world around them, and followers of Christ who expect the local culture to adapt to the gospel.

Lately I find myself praying more and more for unreasonable men to rise up and plant their flags in the gaps in our wall. Men who will say “See this need? By the grace of God I’m going to do something about it.” It has been a long time since a man came up to me and said “no one is taking care of the ___, please let me do it” or “such and such is being neglected and I’ve got a burning desire to do something about it.”

Not that we aspire to be a need-driven church. But God is always on the lookout for men who will stand in the gaps, who will take some of the burden on His heart and make it their own. Wanted: Men with burning hearts and spiritual vision.

Incidentally, do you know who said the quote above? You might think it came from some rebel or conqueror, but it was Edwin Louis Cole, co-founder of the Christian Men’s Network. This is an organization devoted to teaching men how to be better husbands and fathers. Ed Cole mentored many great leaders including the one and only Chuck Norris!

I’ll leave you with some other classic quotes from Ed Cole:

Manhood and Christlikeness are synonymous.
Being a male is a matter of birth. Being a man is a matter of choice.
Teach to teach, ’til every man is taught.
Do not let others create your world for you, for they will always create it too small.

Other classic “Coleisms” can be found here.