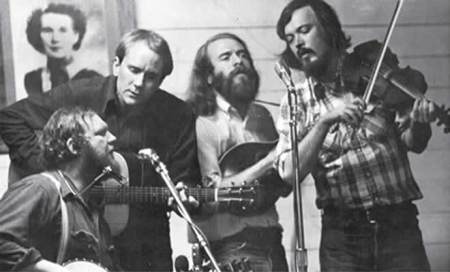 It’s the end of the service and the preacher is coming to the punch line. Quietly the keyboardist goes on stage, selects “warm pads” or “strings” and begins to play in the background. As the preacher makes his challenge, the sound of synthesized seraphim singing begins to wash over the audience. Hand start going up. People start responding for prayer.

Someone once asked me, “Why do we have mood music in our church?” The reason for the question was clear. Aren’t we manipulating people’s emotions by playing this touchy-feely music? Isn’t this just another dumb idea the church has pinched from the world? Isn’t this a little New Agey?

While I agree the church has borrowed a lot of dumb ideas from the world, using worshipful music to minister to people is Biblical. There are at least 3 reasons why we do it…

1. Music calms the agitated soul. King Saul was a tormented man who found relief listening to David play his harp (1 Samuel 16:23). When I want to come into the presence of the King of kings I have to battle the agitations of my soul and the distractions of mind. Having worshipful music playing in the background helps me get my thoughts off myself and onto Him.

2. When we worship demons flee. Saul’s black moods were demonic in origin. 1 Samuel 16:23 tells us that the evil spirit would leave Saul when David played. It’s significant that the Bible in this passage emphasizes David’s playing and doesn’t mention his singing. We know David wrote some awesome psalms but even without lyrics an anointed musician is a menace to the enemy. Saul was under the influence of a demonic spirit, but David was under the influence of the Holy Spirit. The Holy Spirit is the ruling spirit in any place where He is welcomed. Actually He’s the ruling spirit everywhere, but you know what I mean. As David worshipped, the spiritual atmosphere in the room changed. Saul’s demon had to flee. Worshipful music is more than mood music. It’s spiritual warfare. But it’s warfare on God’s terms not the enemy’s.

3. Worshipful music prepares us to hear from the Lord. The prophet Elisha was once summoned by the king and asked to prophesy. But Elisha was in a foul mood. It’s hard to hear from God when you’re steaming with fury. Elisha’s classic response was: “bring me a harpist” (2 Kings 3:15). As the harpist played, the “hand of the Lord came upon Elisha” and he prophesied.

I’m not advocating formulas. But the fact is we live such busy lives that the voice of God is often lost in the hubbub. The reason many Christians don’t hear from God is they are not listening. Worshipful music certainly does not compel God to talk so much as it helps us to listen. Worshipful music doesn’t bring God’s presence into our lives. Rather, it helps us enter into His presence.

Music is just a tool. We need to take responsibility to calm the agitations of our soul and fix our thoughts on Jesus. Think lofty thoughts of Jesus! And don’t hold back on the outer. Don’t settle for being a mere spectator. Remember that He justifies you, qualifies you, heals you, sanctifies you and invites you into the throne room.

5 Comments on Why do Churches Have Mood Music?