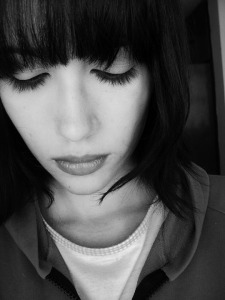 I get a lot of mail, much more than I can respond to. But occasionally when reading something I sense the Lord saying to me, “Hit reply and start typing.” This happened to me recently, after a reader asked me the following question:

My brother (a lifelong Christian) was diagnosed with cancer over the last year, and deteriorated to the point he couldn’t eat, talk, or use the bathroom by himself. He couldn’t even drink water without choking. A few months ago, he ended his own life. He was suffering immensely. Some pastors say suicide prevents you from going to heaven. Is this true?

I have written before on What happens to Christians who commit suicide. (The stories under that article will break your heart.) But I felt to respond personally to this reader. This is what I wrote:

Hi ____, I am so sorry for your loss. To answer your question about whether suicide stops you from going to heaven, no, that’s not true at all.

Your brother is with Jesus, and he is not suffering anymore. Have peace that his battle with cancer is over, and he is safe and secure.

Some might say he was a murderer (he killed himself) and that he is lost because he never repented, but the gospel declares the blood of Jesus paid for the sins of the whole world – including the unrepentant and suicidal (1 John 2:2). Can a Christian undo God’s forgiveness by committing suicide? No – it’s impossible. God’s gifts are irrevocable.

I hope you appreciate I am NOT encouraging suicide. No matter what you are going through, there is always hope. Cultivate your hope in God.

If you have lost a loved one to suicide, may be you’ve heard words of condemnation or hollow comfort. Maybe you’ve been be told that the one you lost is lost for eternity.

If so, find peace in the promises of our loving Father. Allow yourself to be convinced, as Paul was, “that neither death nor life will be able to separate us from the love of God that is in Christ Jesus our Lord” (Rms 8:38-9).

In times of grief it’s natural to feel confused and lost. At such times we can become susceptible to lies and fear. This is why it is so important to settle your heart on the truth of God’s word: Nothing can separate us from the love of God that is in Christ Jesus.

Subscribe now and get this good stuff sent straight to your in-box.

Get a sneak peek at Paul’s new book, The Chocolate Gospel, on Patreon.

33 Comments on Is my brother going to hell?