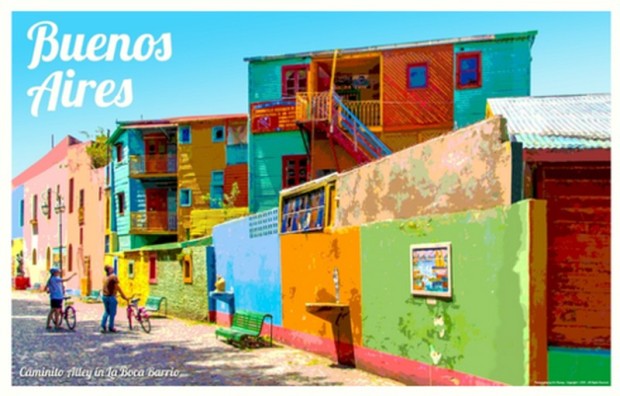 If there’s one thing I have learned from the movies, it’s that there is no problem that can’t be solved by faking your own death and fleeing to South America.

Think of a wiseguy who is part of a crime family. He is under pressure from his superiors to risk his life by engaging in criminal activities. At the same time the law hounds him on account of the crimes he has already done.

After a while, the wiseguy realizes he is not his own man and life is no fun when you’re not free. He begins to long for a new life but he feels hemmed in on all sides. If he stays with the family he’ll end up prematurely dead. But if he turns himself in, he’ll spend the rest of his days behind bars. It’s a lose-lose scenario. In desperation he begins to make an audacious plan. “South America, here I come.”

The lose-lose scenario describes how life was for us when we were part of Adam’s family. We felt the pressure to conform to the ways of the world and live as children of disobedience. At the same time our consciences bore witness to the law in our hearts that we were unrighteous and guilty as sin.

After a while we realized we were not in control of our lives, and life is no fun when you’re not free. We began to long for a new life but found ourselves hemmed in on all sides.

As members of the family of Adam we were captive to our appetites and enslaved to sin. We wanted to do the right thing but we frequently stumbled. We looked to religion for help but found it was a prison. All it offered was the prospect of a lifetime running on the hamster wheel of self-effort.

Self-indulgence or self-denial, either way was a lose-lose proposition.

Thankfully, God had a better plan:

Through the cross the world has been crucified to me and I to the world. (Gal. 6:14)

And this was no fake death with flaming car crashes and furtive flights to Buenos Aires, but a real bona fide death as genuine as our union with Christ. We really died, which means we are truly and legitimately free:

For we know that our old self was crucified with him so that the body of sin might be done away with, that we should no longer be slaves to sin—because anyone who has died has been freed from sin. (Rom. 6:6–7)

Real life is better than the movies. Our fictional wiseguy will never enjoy his new life in South America for he will always be looking over his shoulder waiting for his old life to catch up with him. Not us. Our old life is dead. There was a funeral, a tomb, and everything.

Because the old has gone and we are now free to walk in newness of life.

Extracted and adapted from The Gospel in Ten Words

Want more articles and bonus features? Support E2R on Patreon and get exclusive content and sneak peeks for forthcoming titles.