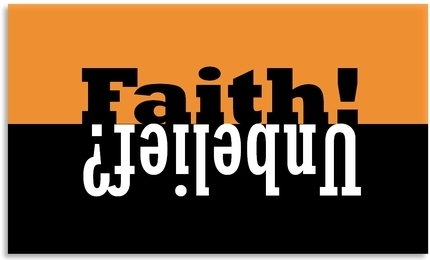 Imagine you had a successful ministry that saw you healing the sick and casting out demons everywhere you went. Then one day a father brings his son to you, the boy has a seizure right in front of you, and you can’t heal him. How would you react? Would you;

(a) conclude that it’s not God’s will to heal all the sick?
(b) tell the father that God can heal but He is not going to heal your son right at this moment – maybe in eternity?
(c) speculate that the son has some unconfessed sin in his life?
(d) declare that the boy is healed even though he is still writhing on the ground?
(e) be puzzled?

If you chose (a), then you’ve built a theology based on your experience that is contrary to the promises of God (Acts 10:38, 1 Pe 2:24). If you chose (b), then you’ve joined the ranks of those false comforters who say things like, “God used to heal in the Bible, but now He’s on a break.” If you chose (c), then you’re saying sin can stop the power of God, which it can’t – otherwise no sinner could get saved. If you chose (d), the father would think that you’re nuts. If you chose (e), then your reaction is the same as the disciples’ when they were confronted with this situation.

Perhaps you are familiar with the story of the man who brought his troubled son to the disciples for healing (Lk 9:37-43). It was an intense encounter for the boy was afflicted with a demon that threw him into convulsions and made him scream and foam at the mouth (Lk 9:39). The disciples tried to drive out the demon but failed. So Jesus stepped up, rebuked the demon and healed the boy.

Have you ever wondered why the disciples were not able to heal this boy? After all, they were the same disciples who had previously gone from village to village driving out demons and “healing people everywhere” (Mk 6:13, Lk 9:6). They weren’t rookies; they were seasoned ministers of the gospel. It was because they had been successful elsewhere that they were puzzled when they failed on this occasion:

Then the disciples came to Jesus in private and asked, “Why couldn’t we drive it out?” (Mt 17:19)

Jesus’ answer to their question may surprise you. It may also answer questions you have about why more people aren’t healed today. So why did the disciples fail to heal this boy? Contrary to what you may have heard, the answer has nothing to do with their faith. Indeed, the disciples had faith to heal and deliver. They had performed many miracles and could not have done so without faith in the name of Jesus (Acts 3:16). So what was the obstacle in this case? In his book God Wants You Well, Andrew Wommack identifies two clues from the story:

1. Jesus rebuked the disciples for their unbelief

In response to their question, “Why couldn’t we drive it out?” Jesus answered:

We tend to think of faith and unbelief as opposite ends of the same pole, but according to Jesus it’s possible to believe and doubt at the same time:

Jesus replied, “I tell you the truth, if you have faith and do not doubt, not only can you do what was done to the fig tree, but also you can say to this mountain, ‘Go, throw yourself into the sea,’ and it will be done.” (Mt 21:21)

Of course it’s important to have faith, to believe. As Jesus said to the boy’s father, “everything is possible to him who believes.” But the father, like many of us, wanted God to take responsibility for the healing. “Lord, help us!” Yet Jesus said, “If you have faith, you can heal him.” We think healing the sick is God’s job, but He wants us to do it (Mk 16:18). Look at how the father responded:

The father is saying he has faith, but he also has unbelief. Unbelief nullifies faith. Wommack says it’s like having two teams of horses hooked up to the same wagon and pulling in different directions. One team negates the other. If you have faith in God’s word (“by His stripes you were healed”), but you’re also putting stock in the contrary word of doctors (“you’ll be dead in a week”), then your mountain’s not going anywhere. Your unbelief is canceling your faith.

2. Jesus said even little faith was enough to get the job done

“Because of your unbelief; for assuredly, I say to you, if you have faith as a mustard seed, you will say to this mountain, ‘Move from here to there,’ and it will move; and nothing will be impossible for you.” (Mt 17:20)

After identifying the problem (“your unbelief”), Jesus assured the disciples that their faith was not the issue. Even if their faith was the size of a little mustard seed, it would be sufficient to move mountains. The real obstacle was their unbelief. Jesus called them an “unbelieving and perverse generation” (Mt 17:17). He was saying, “you had faith, but it was undermined by your unbelief.”

Note that some translations interpret “unbelief” as “little faith.” So Jesus’ answer in verse 20 begins, “Because of your little faith.” But this is a poor translation that makes Jesus sound like He’s contradicting Himself. The Greek word for unbelief (apistia) in the passage above is the same word used by the boy’s father when he says, “help my unbelief.”

Some translators equate unbelief with little faith, but Jesus clearly says that little faith is not the issue. If little faith can move a mountain, it can surely heal one small boy. It’s not about the the size of your faith (we all have the same measure as Jesus anyway), but whether your faith is handicapped by doubt and unbelief. Pure, childlike faith, untainted by grown-up unbelief, is what moves mountains. Pure faith is strong faith.

Why was unbelief a problem for the disciples in this case?

In his book You’ve Already Got It, Wommack identifies three different kinds of unbelief. There’s unbelief that arises from ignorance (“I didn’t know God heals the sick”); unbelief that arises from bad theology (“I don’t believe God heals the sick any more”); and unbelief that arises from our natural senses (“look at the size of that growth!”). What kind of unbelief undid the disciples? Wommack speculates that they may have been unnerved by the sight of a convulsing, frothing child. A seizure in a child is not a pretty sight, especially if there’s a demon behind it. Natural unbelief is fueled by what we see and hear. We get a bad report, x-ray or scan and believe the worst. We’re now walking by sight rather than faith (2 Co 5:7). Even if we have faith, our unbelief will send us to the Internet looking for reassurance and hope. We may be declaring the promises of God over our situation but at the same time we’re feeding our doubts by heeding our circumstances.

How do we deal with unbelief?

And He replied to them, “This kind (of unbelief) cannot be driven out by anything but prayer and fasting.” (Mk 9:29)

Unbelief that arises from ignorance and bad theology can be corrected by showing people the truth (Mk 6:6), but overcoming natural unbelief may require prayer and fasting. If the Internet is fueling your doubts, then stay off the Internet! If your “faith sense” is dull because of your natural appetites, then curb your appetites. If your body is telling you what to think and believe (“I’m hurting – I’m not healed at all”) then deny your flesh by going without food. Your flesh needs to learn that it is not in charge – you are! By fasting for a time you are telling your five senses that there’s more to life than bread (Mt 4:4); you’re saying that you prefer to live by the spirit.

Three months ago I had the opportunity to pray for a man with a life-threatening head injury. I boldly declared that Christ has provided for his healing and recovery. Using the authority given to me as a believer, I commanded life and the complete restoration of his damaged brain. My faith felt strong, yet as soon as I finished praying I had the following thought; “When he dies, you’re going to look foolish. It’s this sort of praying that gives Christians a bad name.” Whether this was the devil or the voice of reason I’m not sure, but my spirit reacted violently. “No! I will not accept that.” I hadn’t yet read Wommack’s book but my spirit knew that unbelief was not welcome in my mind. So I sent that thought packing and from that moment onward I felt complete peace. I just rested in what Christ had done and what we had received by faith. I didn’t even sense the need to pray for him again. And three days later the doctors declared that the man would recover.

“Your prayer and fasting doesn’t move God. Neither does it move the devil. Fasting and prayer moves you. It affects you… You don’t have a faith problem. What you have is an unbelief problem. Instead of trying to build bigger and bigger faith, we need to stop feeding unbelief. (God Wants You Well, p.121,124)

Today there is much emphasis on faith and getting more faith. This sort of teaching will leave you thinking, “I’m not healed because I lack faith.” Like the disciples we pray, “Lord, increase my faith” (Lk 17:5), and Jesus responds, “Your faith is not the problem – even little faith will get the job done” (Lk 17:6, my paraphrase). Why is our faith not the problem? Because it’s His faith. Paul said he was justified by the faith of Jesus Christ and now lived by the faith of the Son of God (Gal 2:16,20, KJV). He understood that his faith was a gift from God (Eph 2:8). If you think there’s something wrong with your faith, it’s like saying God gives faulty gifts. When Peter healed the crippled man outside the temple, he gave all credit to the faith that comes from God:

“By faith in the name of Jesus, this man whom you see and know was made strong. It is Jesus’ name and the faith that comes through Him that has given this complete healing to him, as you can all see.” (Acts 3:16)

When there’s a problem, a strategy of the devil is to get your attention onto fixing the thing that’s not broken. If Christ lives in you, then there’s nothing wrong with your faith. But you might have a problem with unbelief. God is faithful and His will is to heal every sick person every single time, but unbelief will limit the power of God in your life. So stop worrying about your faith – you already have enough to move your mountain – and apply the hammer of God’s word to your unbelief.

84 Comments on I Believe, Help My Unbelief