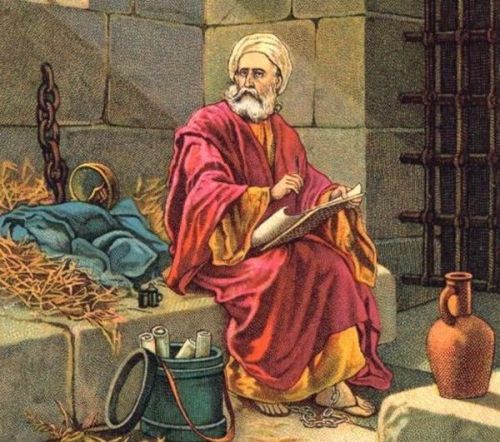 Be faithful until death, and I will give you the crown of life. (Revelation 2:10c)

But what if I’m not faithful until death? Jesus remains faithful; you still get a crown.

A mind untouched by grace twists the promises of Jesus into tests that must be passed and commands that must be obeyed. “Jesus was faithful unto death; you’d better be faithful too.”

And in the richest traditions of the old covenant, proper behavior is incentivized with carrots and sticks. “Be faithful and you’ll get a crown. Be unfaithful and you won’t.” This is surely bad news for the saint who stumbles at the eleventh hour.

Others point to the crowns given to champion athletes as though only some win the prize. “You have to be faithful to the end to qualify for the reward.” This, too, is a graceless analogy for it puts the focus on you and your performance instead of Jesus and his.

The temptation to view life as a test comes naturally to those of us who have been raised in a world that glorifies achievement, but Jesus doesn’t speak that language. He does not dispense gold stars or crowns for good performance, but he crowns the undeserving and justifies the sinner.

Many believers worry that they might deny Jesus under pressure. They fear that if someone held a gun to their head and forced them to renounce the name of the Lord, they’d capitulate and be damned for all time. They worry because Jesus said, “Whoever denies me before men, I will deny before my Father in heaven” (Matt. 10:33).

But Jesus wasn’t talking about Christians with guns to their heads; he was talking about those who refuse to confess him as Lord.

For if we died with him, we will also live with him… If we deny him, he also will deny us. If we are faithless, he remains faithful, for he cannot deny himself. (2 Timothy 2:11–13)

This verse is contrasting unbelievers (who deny Jesus) with believers (who identify with Christ’s death). Those who refuse salvation shall not have it, but those who have died with Christ will never be cast away. Even if we falter at the last hurdle and prove faithless, he remains faithful. One with the Lord, your future is safe, for he cannot deny himself.

This anxiety that we might fail Christ under pressure and be damned for eternity reveals a fundamental insecurity, a hairline crack in our faith. We repair it by fixing our eyes on Jesus and fortifying our minds with the many promises of his word. “No one can snatch you from my strong right hand,” said Jesus. “I will never let you go.”

What a promise! Even if we let him go, he will never let go of us. This is good news. And if you believe it, you will find the strength to hold on to him no matter what.

But what about this scripture that comes later in John’s book?

He who overcomes will inherit these things, and I will be his God and he will be my son. But for the cowardly and unbelieving and abominable and murderers and immoral persons and sorcerers and idolaters and all liars, their part will be in the lake that burns with fire and brimstone, which is the second death. (Revelation 21:7–8)

This scripture has been used to terrorize the saints. “If someone put a gun to your head and said, ‘Deny Jesus,’ would you prove cowardly? If so, you’re going to hell.” God help us. Admissions made under duress carry no weight in a court of law, so why do we think a just God would take them seriously?

The Apostle Paul famously kept the faith, but what if he hadn’t? What if he had fallen at the final hurdle? What if he had folded under Roman pressure and renounced the Lord? He would still get a crown of life! We may disown the Lord, but he will never disown us because he cannot disown himself.

So why be faithful?

The exhortation to be faithful found at the end of verse 10 is the counterpoint to “do not fear” at the start of that verse. Jesus is offering us a choice. You can be fearful or faithful, and faithful is better.

Fix your eyes on the source of your suffering and you will fear. But see the Savior who died but lives forevermore, and you will endure.

Want to promote your grace blog or ministry on Escape to Reality? It’s free!

Good books on grace from new authors are coming out every month. Here is the latest crop.

33 Comments on Faithful unto Death?! What if I’m Not?