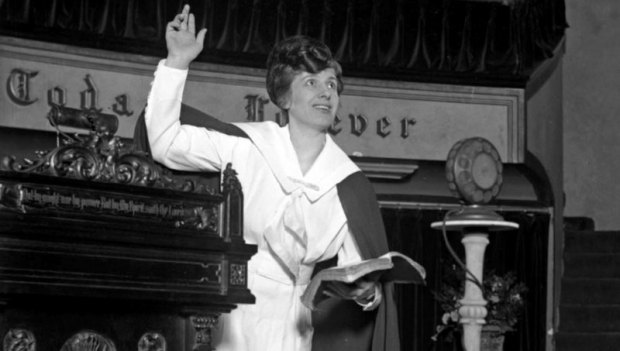 What sort of person makes a good pastor?

In his letters to Timothy and Titus, Paul lists sixteen desirable qualities (see 1 Tim. 3:1-7, Tit. 1:5-9). Pastors or overseers or elders should not be new converts, he says. Nor should they be money-grubbing alcoholics prone to fits of temper. Ideally, they should be good parents because leading a church is like leading a family.

And apparently pastors should also be men – at least that’s the impression we get when we read things like this:

The only problem is, Paul never said this. Not ever.

“Any one” means any one

When describing the ideal pastor, Paul’s language is remarkably gender neutral. Which is interesting given the patriarchal world he lived in. Rabbis were men. Jewish priests were men. But Christian pastors could be men or women. This was new.

If there was ever place to insist or suggest that pastors or elders must be men, Paul’s list of qualifications was the place. Yet Paul says nothing. Evidently he did not have a problem with women pastors.

However, Paul did have one male-specific word in his list, and that word is husband. Paul said an elder must be the husband of one wife:

For this cause left I you in Crete, that you should set in order the things that are wanting, and ordain elders in every city, as I had appointed you: If any be blameless, the husband of one wife… (Tit. 1:5-6a)

Can a woman be a pastor? Since pastors must be husbands, women can’t be pastors, or so the argument goes. However, the you-must-be-a-husband test falls short for two reasons.

First, Timothy, who was in charge of the Ephesian church, did not pass this test. Nor did Paul. Or Jesus. None of them were married. If managing one’s household well is a prerequisite for being a shepherd, on what basis could Paul or Timothy oversee any church? They didn’t have households to manage. Either Paul was a hypocrite who didn’t keep his own rules, or the husband-of-one-wife requirement does not mean what we think it means.

Second, the husband-of-one-wife rule also applied to deacons (1 Tim. 3:12), yet there were female deacons in the church (Rom. 16:1). If females can be deacons, they can be elders, and in the Bible, they were.

Paul was a savvy church planter who knew how to recruit pastors. He understood that a shepherd ought to be gentle, peaceable, and all the other things. But why does he have to be a husband of one wife? Because someone who has two or more wives will be a lousy shepherd.

Do you see? Paul was not ruling out divorced people or unmarried people. He was talking about polygamists. 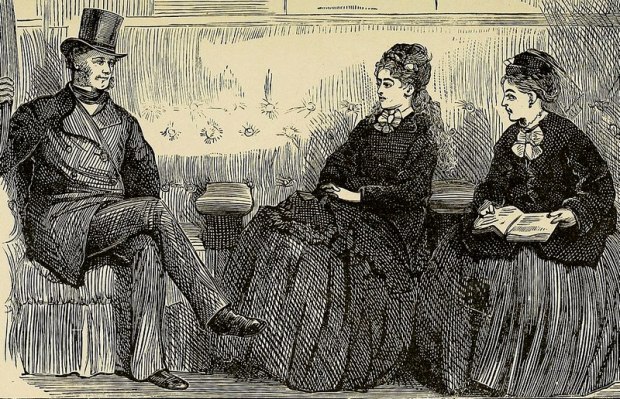 In the world that Paul inhabited, it was not uncommon for a man to have several wives. In one of the oldest commentaries on this passage, John Chrysostom said Paul was not saying an overseer must have a wife; he was prohibiting his having more than one. “For even the Jews were allowed to contract second marriages, and even to have two wives at one time.”

That was Jewish men; Gentile men weren’t much better.

Among the Romans, marriage was widely regarded as an inconvenience that interfered with a man’s natural passions. A wife who cheated could be killed with impunity by her husband, but a man who cheated was untouchable. Consequently, Gentile men were often unfaithful. Even if they were monogamous in marriage, they were polygamous in practice.

A man who had multiple wives, or who acted like he had multiple wives, was a faithless man. Such a man could not possibly be trusted to care for the bride of Christ. “Don’t make him an elder,” said Paul to Timothy. “Instead, recruit reliable people. Choose those who are faithful, not philandering; steady, not shifty; loyal, not lascivious.”

Paul never says an elder must be male or married; he says he must be the husband of only one wife. It’s the number that counts. “If he’s married, it had better be to one woman only.”

And Paul never says women cannot pastor or shepherd others, for that would contradict everything he believed about the new creation. Paul understood that the Spirit gives gifts to all of us, not half of us. If he met women who felt called to lead or shepherd he would have encouraged them to fan their gift into flame.

Paul was surrounded by capable women leaders, and he praised them in his letters. If he was opposed to women leading, he had ample opportunity to say so. Yet he never did.

Extracted and adapted from The Silent Queen: Why the Church Needs Women to Find their Voice.

Everything here is free thanks to our awesome supporters on Patreon and Donorbox.

41 Comments on If a Woman Can’t be a Husband, She Can’t be a Pastor, Right?